Join Ron Stoker and Brian Burris on their journey to help others get outdoors through hunting, fishing and conservation projects. From the duck blind to the bass pond and everywhere in between, we will follow first time hunters and fishermen as we take them on their first hunting or fishing trip. We will share the ups and downs of the hunt and hear a few great stories along the way. So take a minute and step into the duck blind with us for this fun and hopefully educational ride.

On this episode Ricardo and Morgan join Brian and Ron to talk about the northeast Nevada duck opener trip to the Ruby marsh WMA. …

Join us we talk to Ally and Blaine as they tell us about her first hunting experience working to harvest an antelope. Ali brings …

The Sweet Smell of Success

On this episode we sit down with our good friend Neil Cheeney and talk about trapping, skinning, and his line of signature scents. Neil produces the Pioche trapper rendezvous which brings together trappers from across the st…

On this episode we welcome our friends from Las Vegas Woods and waters to talk about how we get the next generation out hunting, mud bugs, shooting and all things outdoors. BEX Sunglasses Established in 2009, BEX is one of t…

We sit down with the crew from the Southern Nevada chapter of Quail Forever and talk about habitat, hunting, conservation and of course Ron had to make it weird with his poop wand invention. This was a great episode with som…

Mike Reese returns to the studio to talk about all things wildlife policy related. What victories did we have last year and what fights are ahead for us this year? How do we step up to take our seat at the table? I promise i…

Join us as we talk to Howard and Blake Haut. Howard has been hunting the Overton WMA since he could walk and his son Blake followed in his dads footsteps. Howard was raised to hunt the old school way with respect for the art…

The Battle Born Duckers crew sits down with Gus, Garrett and Kody AKA Nevada mullet to talk about the twins first experience with duck hunting. We also get some insight from the Nevada Mullet on what it was like to be mentor…

Email has been submitted. 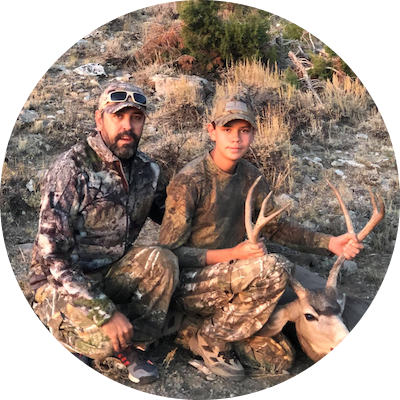 Brian was born a raised in Las Vegas, Nevada and loves everything about being outdoors. Brian in his younger days was an athlete that played many competitive sports but his true love was always being outdoors and his favorite times of his youth were spending time with his grandparents on their annual camping and fishing trips to Pine Valley, UT and spending time on their family cattle ranch in Piru, Ca. Brian graduated from Bonanza High school in Las Vegas and shortly after graduation went to work for Mercy Ambulance in Las Vegas where he spent the next 11 years running calls throughout southern Nevada. Brian decided he needed a change and moved to Logandale, NV and never looked back. It was in Logandale that Brian and Ron became friends and eventually hunting partners. Brian loves everything about hunting fishing and the outdoors but when he found waterfowl hunting his true passion. Today Brian serves on several shooting and wildlife conservation boards and coaches 4-H shooting sports. Brian also serves as an elected member of the Moapa Valley town board and loves being a voice for his community. Brian greatest achievement however is his family that includes his wife Evonne and 3 boy Keegan, Kody and Kash. 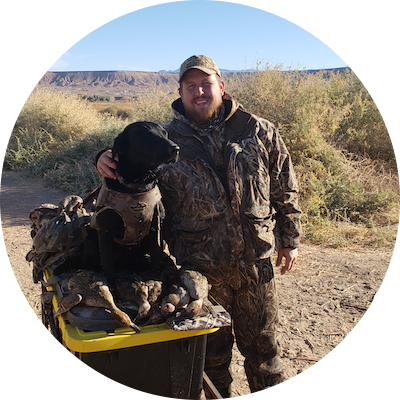 Ron is the adventurer of the group without a doubt. It can often be said that you have not really been on an adventure unless you have hunted with Ron. The adventure is always memorable. Ron was born and raised in Henderson, Nv and after graduating from high school. He lived in the Philippines for 2 year serving a religious mission and learning you can eat about anything that moves. After returning home he took the path of working as a Paramedic as well. After years working for Medicwest in Las Vegas Ron made a career change and now is partners in a real estate company. Ron has spent his entire life hunting and fishing and generally running amuck. Ron has been a scout leader and mentored many youth along the way and can often be found hunting with his former scouts. Ron serves on several wildlife conservation and shooting sports boards and is a member of the Nevada Mule deer project. Ron also is a family man with his amazing wife Katharine and his kids Mitchel, Avi, Zander, Aiden, and Axel. 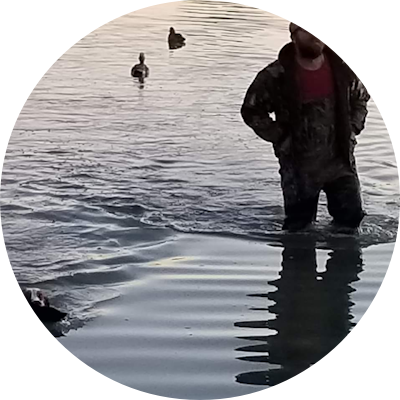 Nate was born and raised in northern Utah where he would often venture into the delta's and lakes nearby his home to chase Waterfowl and Upland Game. After graduation he lived 2 years in the Southern United states, while serving a religious mission. After returning home Nate opened several successful business and started to raising a family. He has always had a passion for the outdoors and as he has become older the pursuit of wildlife changed from a how many animals can I harvest to instead how many new hunters can I educate. With his methodical pursuit of information, Nate ensures that the show is meeting the education and information goals that makes it great. From finding guests to directing the content he is part of what makes the show great. 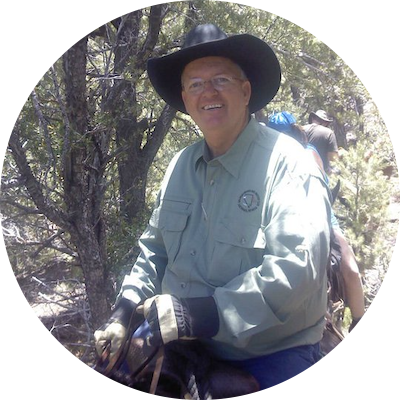 Mike Reese leads the fight for conservation, he chooses what is right for wildlife and lets the consequences follow. He started a media campaign to educate and lead the general public on how to be more active in helping wildlife. He has planned, executed and assisted in several youth programs. Most important to us it that he has raised funds and physically labors at many of our projects. This has not been just for us, he has helped countless others in Nevada. A more qualified individual in the area of the politics of wildlife management would be hard to find. Battle Born Duckers is proud to have him as our political correspondent keeping us up-to-date with what is happening in an arena that is often difficult to follow. 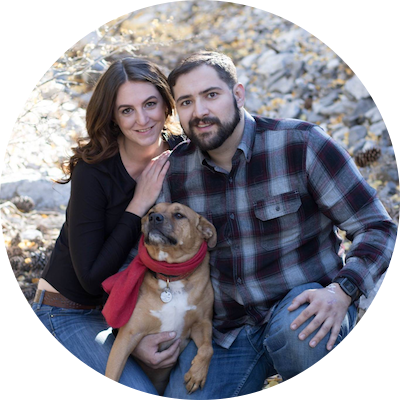 Elke decided to add one more furry friend to her family, Toblerone (or Toby for short). While she loved photography her whole life, it wasn't until Toby started competing in hunt tests that she discovered her love of pet and dog sport photography. Because of her spectacular photography Elke was quickly recruited to the crew to capture moments that are typically missed. From a new hunters first duck to a freshly banded duck returned to wild we could not do it with out her. When she is not working her dogs or taking pictures Elke is often with the crew enjoying the great outdoors and supporting the cause of conservation through many service projects.